A Shock Video: How I Was Sent To Destroy Men - Video Clip Inside

Some men will stop sleeping around after watching this video. Shocking confession of a lady that...By Marvin Ugorji

The man and woman pictured above were caught getting on at a Lagos hospital. The lovers are belie...By Marvin Ugorji

M M" /> WOW! You need to watch this video to see how this girl lie about where she is and what she is doing while another ma...By Marvin Ugorji

Nawa Oh: Oyibo Self, Drake Visited Lil Wayne in Prison to Tell Him He Slept With His Girl

M M The Alpha Tau Omega chapter at Indiana University is facing the possibility of extinction after a video has surfaced of its newe...By Marvin Ugorji

After month long search for an elderly Montana woman and her son has ended in tragedy after autho...By Marvin Ugorji

With the news of another senseless shooting of an unarmed black teenager by a police officer comi...
By Marvin Ugorji 18:25, Beri Tanggapan

I cannot confirm the authenticity of this story so I will report it exactly how I saw it. Acco...
Marvin Ugorji 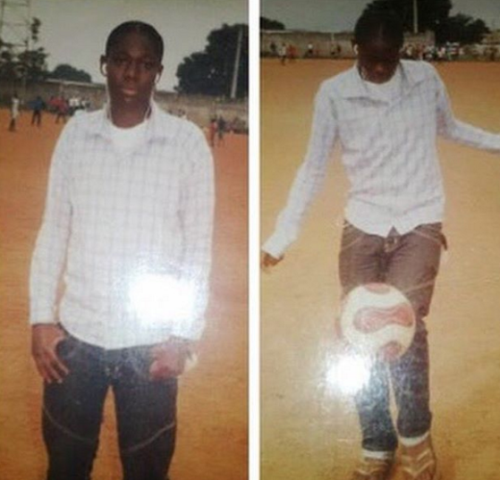 This was when all she had was her talent and her passion for football. Today, Asisat is the best Nigerian female footballer and African W...By Marvin Ugorji

Oscar Pistorius! He's out of prison and already smiling in selfies 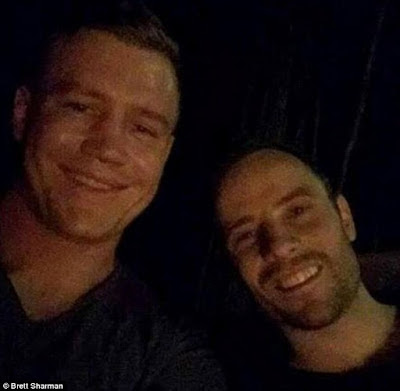 The former athlete (right) who was released from prison a few weeks back after being convicted of manslaughter in the death of his ex, wa...Marvin Ugorji 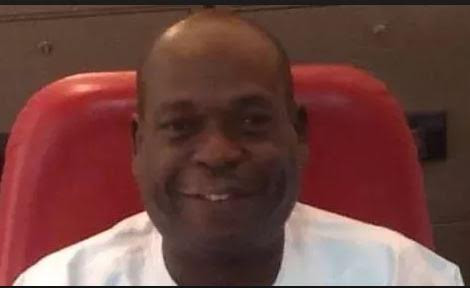 The acting clerk of the Senate, Adedotun Durojaiye has died. Family sources say he died at an Abuja hospital after a brief illness yesterda...By Marvin Ugorji

Ciara shares more photos from her romantic vacation with boyfriend 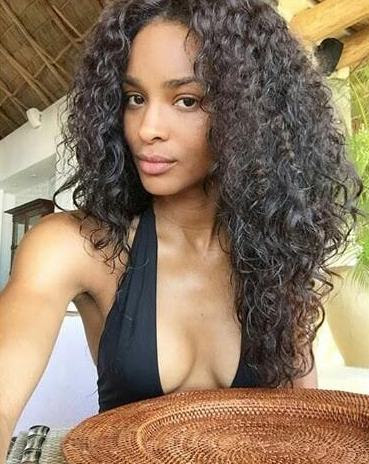 The singer shared new photos showing her amazing body on the beach while on a recent holiday with boyfriend, Russell Wilson. More photos af...By Marvin Ugorji 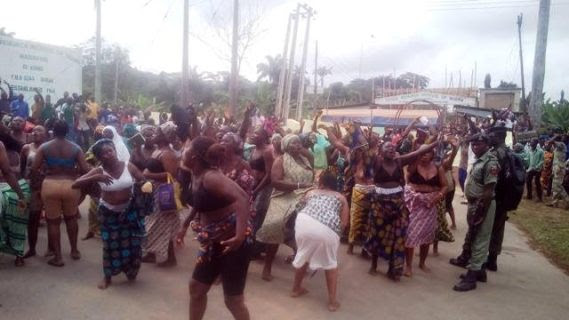 Female staff members of the Cocoa Research Institute of Nigeria (CRIN) in Ibadan, the Oyo State capital, threw caution to the winds this mo...By Marvin Ugorji

About Olowu Taiwo aka L.T 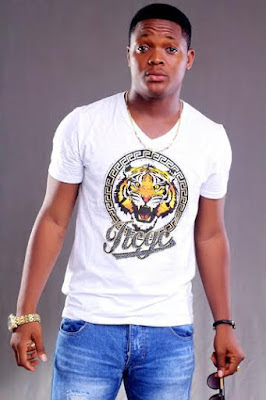 Olowu Taiwo popularly known as L.T hails from Ogun state but was born and bred in Lagos state. L.T is also a choreographer,he started his c...By Marvin Ugorji 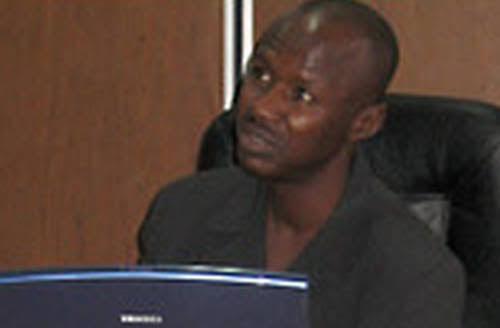 President Buhari this evening approved the appointment of Ibrahim Mustapha Magu pictured above as the acting chairman of EFCC. The erstwhil...By Marvin Ugorji 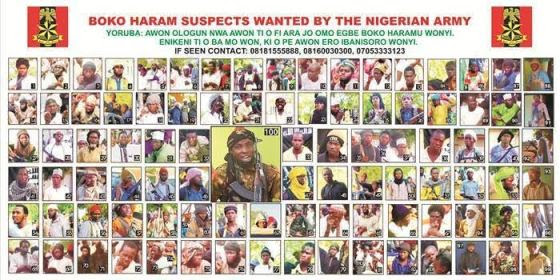 Barely 24 hours after one Chindo Bello, a wanted suspected Boko Haram member was arrested at the Nnamdi Azikiwe International Airport, the ...By marvin Ugorji 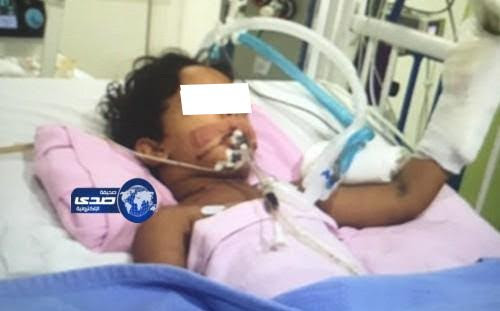 According to a Saudi Arabian newspaper, Sada, an Ethiopian housemaid on Sunday, November 8, stabbed the four-year-old son of her Saudi empl...By Marvin Ugorji 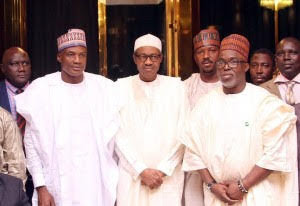 The President of the Nigerian Football Federation,Amaju Pinnick has hailed the support the NFF enjoyed from President Buhari citing it as c...By Marvin Ugorji 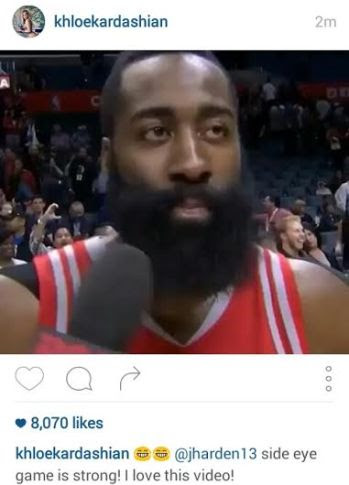 Doesn't look like Khloe is planning to stay married to Lamar forever! She shared a photo of her man James, on instagram in case some th...By Marvin Ugorji

Doesn't look like Khloe is planning to stay married to Lamar forever! She shared a photo of her man James, on instagram in case some th...By Marvin Ugorji

Doesn't look like Khloe is planning to stay married to Lamar forever! She shared a photo of her man James, on instagram in case some th...By Marvin Ugorji
at December 23, 2015 No comments:

You are at:Home»Breaking News»IPOB leader Nnamdi Kanu released
The Magistrate of Chief Magistrate Court, Wuse Zone 2, Abuja, Shuaibu Usman, on Wednesday discharged the director of Radio Biafra and leader of the Indigenous People of Biafra (IPOB), Nnamdi Kanu, on all counts of criminal conspiracy and ownership of an unlawful society filed against him by the Federal Government.
The judge, who held that government has dropped the charges against Kanu, said, “The accused person is hereby discharged and the case struck out.”
The federal government through its agent, the Department of State Services (DSS), opted to withdraw the case at the lower court and moved to higher court, which has jurisdiction to handle terrorism related cases.
Usman was scheduled to deliver judgment on the DSS application on December 1, but put it off until Wednesday.
at December 16, 2015 No comments:

Igbo World Assembly, World Igbo Congress  condemn arrest
By Marvin Ugorji
ENUGU—Director of Radio Biafra, Nnamdi Kalu,who was arrested at Golden Tulip Hotel in Lagos by the Department of State  Service,DSS, after he returned from  the   United Kingdom has been granted bail by the Abuja Municipal Council Magistrate court where he was secretly arraigned by the DSS. He is, however, yet to fulfil his bail conditions.
According to the Indigenous People of Biafra’s lawyer,  Mr. Egechukwu Obetta, “Nnamdi was put in the same cell with terrorists. He has  a health challenge  which is life threatening. He is sensitive to delicacies. He told us that he will never eat any food served by the Federal Government of Nigeria.“
But midway into Vanguard‘s  chat with the lawyer, a call came in indicating that Kalu has been granted bail in the sum of N2 million  or  with surety of N2 million with a civil servant of grade level 16.
“The DSS secretly arraigned him before the magistrate’s court and he was granted bail. He is, however, yet to meet the bail conditions and that is holding him  still in detention.

Director of pirate radio, Radio Biafra, Nnamdi Kanu
“Last week, the Afenifere threatened to secede, but nobody was vilified. I am talking about the recent Olu Falae’s kidnap case. The militants in the Niger Delta have  done same  and at all times, the political gladiators have appealed to the FG to douse the tension instead of using political brigandage and executive lawlessness.”
Meantime, the arrest of Nnamdi Kalu  by the Directorate of State Security, DSS, has continued to elicit diverse opinions.
The apex Igbo organization in Diaspora, Igbo World Assembly, IWA,  condemned the arrest of the Director of  Radio Biafra, weekend, by the Nigeria secret police, the Department of State Services, DSS.
The President of the Diaspora Igbo group in a telephone interview with Vanguard, yesterday, said that every Nigerian has freedom of  speech, adding that the Nigerian government should tell the whole world the offence Kanu hadcommitted.
Similarly,   the   World Igbo Congress, WIC, has  condemned the arrest of Nnamdi Kanu, saying that the Federal Government should explain the reasons for his arrest.
The Public Relations Officer  of WIC, Jimmy Asiegbu told Vanguard, yesterday, in a telephone interview that the reasons for the arrest should be made clear.
“While we are yet to know the reasons for his arrest, we pray that it does not have anything to do with his exercising his constitutionally guaranteed freedom of  expression and association. We call on the Federal Government to explain the reasons for his arrest and allow due process to take its course,” Asiegbu noted.
In Imo State, while some citizens were of the opinion that the pirate radio station was over-reaching its bounds, others commended Kalu for unearthing a number of things that were largely unknown to the public.
Speaking to Vanguard, yesterday, on the issue, Mr. Okorie Kalu, described Mr. Nnamdi Kalu as “a freedom fighter.”
In his considered opinion, “the arrest of the freedom fighter by operatives of the DSS, would rather strengthen the resolve of  Ndigbo to continue angling for the Republic of Biafra.”
He advised the Federal Government against tampering with Kalu’s cherished freedom, adding that it was best for the government to avoid doing anything that would heat up the polity.
While denying that he had blood relationship with the embattled citizen, Mr. Kalu also said that “nobody can destroy the Biafran spirit.”
at December 16, 2015 No comments:

MARVIN UGORJI IS AN AUTHOR,BLOGGER AND MUSICIAN.HE HAS WRITTEN THREE BOOKS ON DRAMA,POETRY AND PROSE WHICH ARE RAIN OF ROSES,FASCINATING POEMS AND SHORT STORIES.THE NAME OF MY BLOG/WEBSITE is www.detectuniverse.com and www.detectuniverse.blogspot.com .I AM WORKING ON MY MUSIC ALBUM BY NAME "THICK AND THIN".
at December 12, 2015 No comments:

Augustine Azuka "Jay-Jay" Okocha (born 14 August 1973) is a Nigerian former professional footballer, who played as an attacking midfielder. A quick and skilful playmaker, who is widely regarded as the best Nigerian player of his generation and one of the greatest African players of all time,[2][3] Okocha was known for his pace on the ball, technique, creativity, and dribbling skills, as well as his use of feints, in particular the stepover.[4] Due to his skill, he was described as being 'so good that they named him twice' (a line immortalised in a terrace chant while Okocha played for Bolton Wanderers).[5] He is a dual Nigerian-Turkish citizen, having acquired Turkish citizenship as "Muhammet Yavuz" while playing for Süper Lig team Fenerbahçe.[6]
at December 12, 2015 No comments:

Nwankwo Kanu, OON (born 1 August 1976), or simply Kanu, is a retired Nigerian footballer who played as a striker. He was a member of and later captained the Nigerian national team for 16 years from 1994 until 2010. Kanu is a member of the Igbo ethnic group;[3] his name, Nwankwo, means Child born on Nkwo market day in the Igbo language.[4]
Kanu has won a UEFA Champions League medal, a UEFA Cup medal, three FA Cup Winners Medals and two African Player of the Year awards amongst others. He is also one of few players to have won the Premier League, FA Cup, Champions League, UEFA Cup and an Olympic Gold Medal.[5] He made the third-most substitute appearances in Premier League history, appearing from the bench 118 times.[6] He is also a UNICEF ambassador.[7]

Born in Owerri, Nigeria, Kanu began his career at Nigerian league club Federation Works, before moving to Iwuanyanwu Nationale. After a notable performance at the U-17 World Championships he was signed by Dutch Eredivisie AFC Ajax in 1993 for €207,047. He made his Ajax debut the following year and went on to score 25 goals in 54 appearances. Kanu also came on as a sub in Ajax's 1995 Champions League final win over AC Milan. In 1996, Ajax sold Kanu to Serie A side Internazionale for around $4.7 million. That summer he captained the Nigerian team that won gold at the Olympics, and scored two late goals in the semi-finals against powerhouses Brazil to overturn a 2–3 scoreline into a 4–3 win in extra time. Kanu was also named African Footballer of the Year for that year. However, soon after returning from the Olympics, Kanu underwent a medical examination at Inter, which revealed a serious heart defect; he underwent surgery in November 1996 to replace an aortic valve and did not return to his club until April 1997. In interviews, Kanu frequently cites his faith as a Christian,[8] and has often mentioned this trying time of his career as an occasion when he prayed to God. Kanu's experience also led to his founding the Kanu Heart Foundation, an organisation that helps predominantly young African children who suffer heart defects and whose work was expanded to provide aid for homeless children in 2008.[9]
at December 12, 2015 No comments: